Being the largest FM radio network in Pakistan behind Radio Pakistan, Awaz radio has a huge audience in big cities of the country. The group is operating 22 FM radio stations in all major hubs. Due to the transition of conventional radio to the web, the company was looking for mobile apps for its listeners. The project was awarded to the Tashheer, which was successfuly delivered on time.

The sleek and modern UI of both Android and iOS was designed. The developers worked smartly by putting the latest features in the mobile apps. 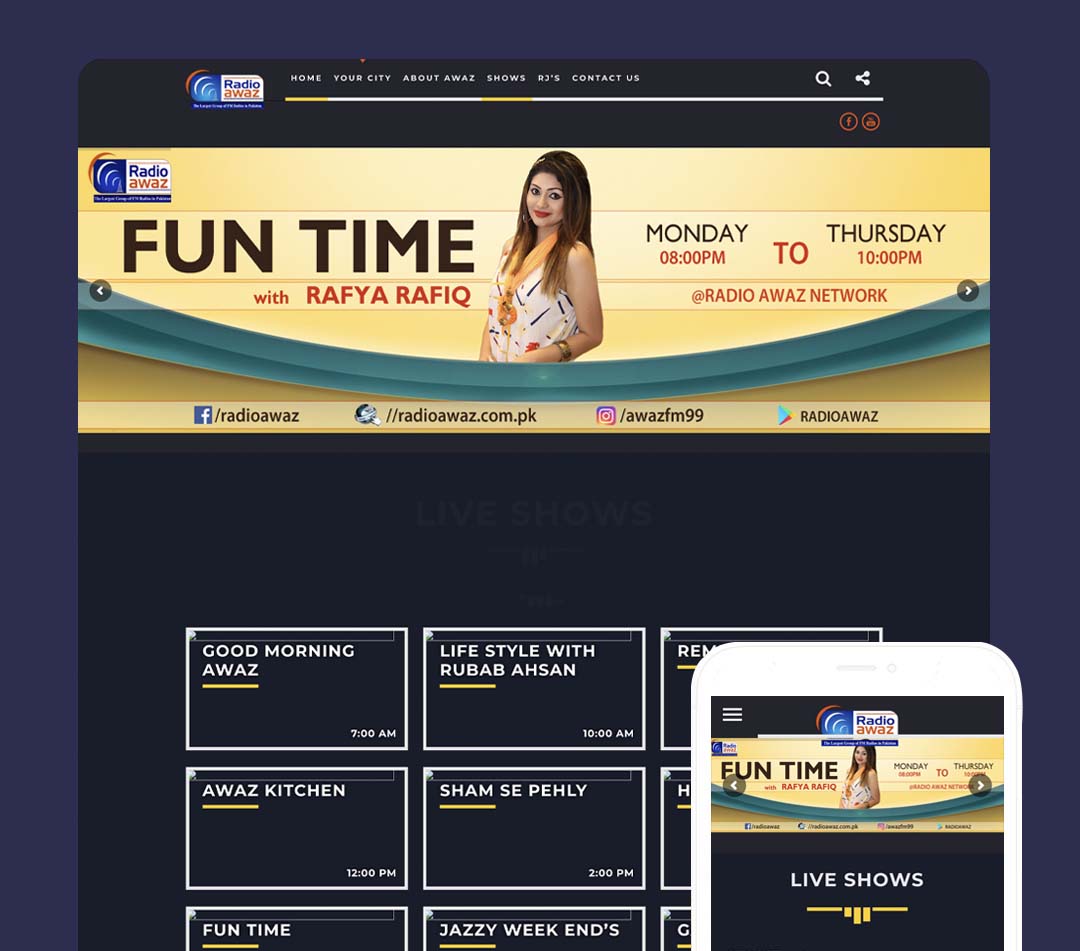